Final thoughts on ICARUS: what emerges from the Third Advisory Board 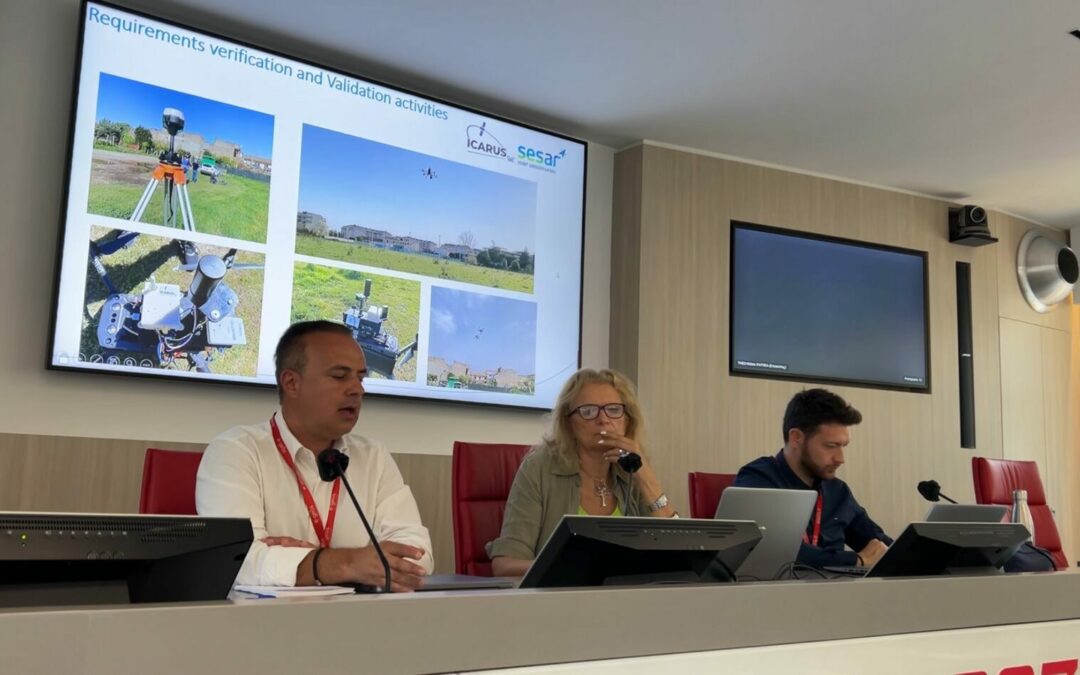 The Third Advisory Board workshop of the ICARUS project took place on July 26, 2022 in the Aula Magna of e-Geos and Telespazio headquarters.

Over 25 international experts attended the workshop, in person or remotely. These experts represent the key categories of ICARUS stakeholders, including aviation authorities, air traffic controllers, standard organisations, and UAS operators.

For the last two years, ICARUS has been investigating the problem of establishing a Common Reference Altitude (CAR) system that is suitable for manned and unmanned aviation operating in Very Low-Level airspace (VLL) using U-space services.

During the project, the partners of ICARUS have organised three workshops. Because of the COVID ill-conceived social distancing measures, this last workshop was also the first one in which the ICARUS team and members of the Advisory Board could interact directly in person.

The first meeting, held in October 2020, introduced the project and its objectives to the members of the Advisory Board. On June 2021, the second workshop focused on the ICARUS concept and architecture, that had been developed during its first year.

In this last workshop, the partners of ICARUS recapitulated the work performed during the project, with an emphasis on the results of the validation campaigns carried out as well as the main results, conclusions, and recommendations compiled during the project.

ICARUS has established a bridge between two previously unconnected worlds, manned aviation, managed by ATM, and unmanned aviation handled by UTM. In the future, both worlds will interact using the CAR developed by ICARUS.

Discussion about the results

As it was the case in the previous workshops, there was a lively discussion with the members of the Advisory Board after the presentations. On this occasion, the experts made significant remarks that were commented by the ICARUS partners. Among the issues raised during the meeting, we present a selection below:

Initially, we thought to use a mobile phone app, but finally we have developed an electronic flight bag (EFB) device. The prototype shows the direction and height difference of drones flying less than 5 NM around the aircraft.

These errors do not affect the Common Altitude Reference Service (CARS).

The key advantage of CARS is that users can use their preferred altitude estimation system that better suits the needs of their operations. ICARUS will take care of the conversions for the benefit of all users sharing an airspace.

For the Vertical Alert Service (VALS), which is a premium added value service provided by the ICARUS architecture, the accuracy of the DTM/DSM models directly impacts the accuracy of the VALS. To further develop VALS, extensive work has to be carried out to ensure that the underlying terrain models used are adequate.

Yes, we are. But we need to take into consideration the increased certification and regulatory requirements.

We should note that the traditional aviation regulatory route is too slow. We should rather aim to base our solution on performance-based regulation, supported by industry standards. 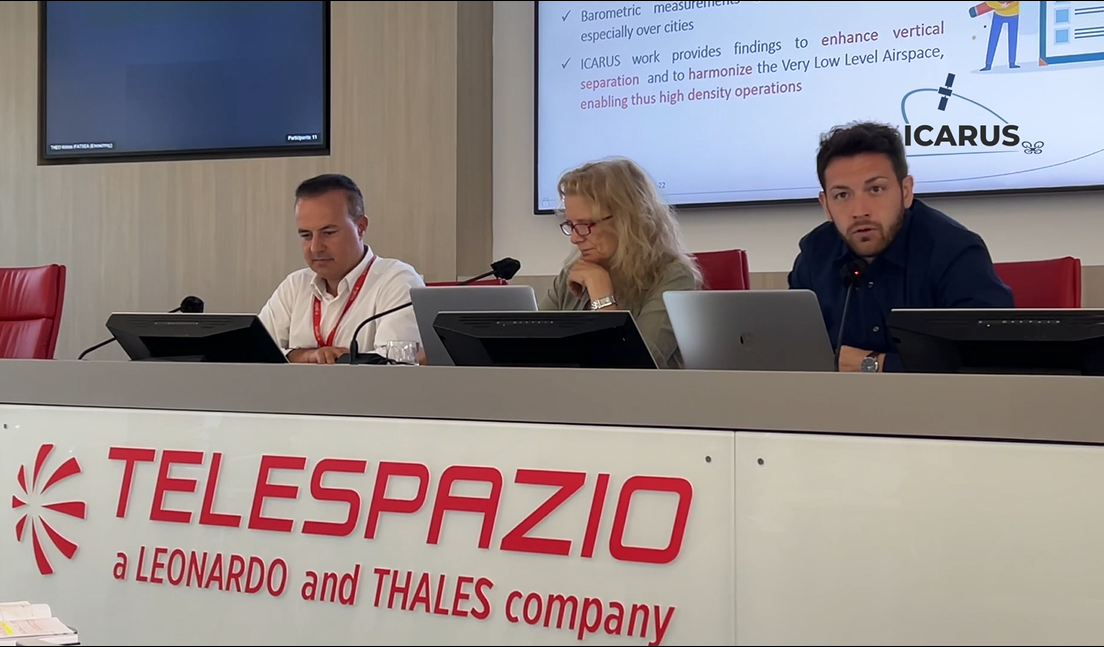 Conclusions and the way forward

A one-sentence summary of the project is:

The computation of a common altitude reference is possible, and ICARUS has proved it. Full implementation will require additional technological and legislative/regulatory support.

In that respect, key future R&D needs are:

And on the legislative and regulatory front: 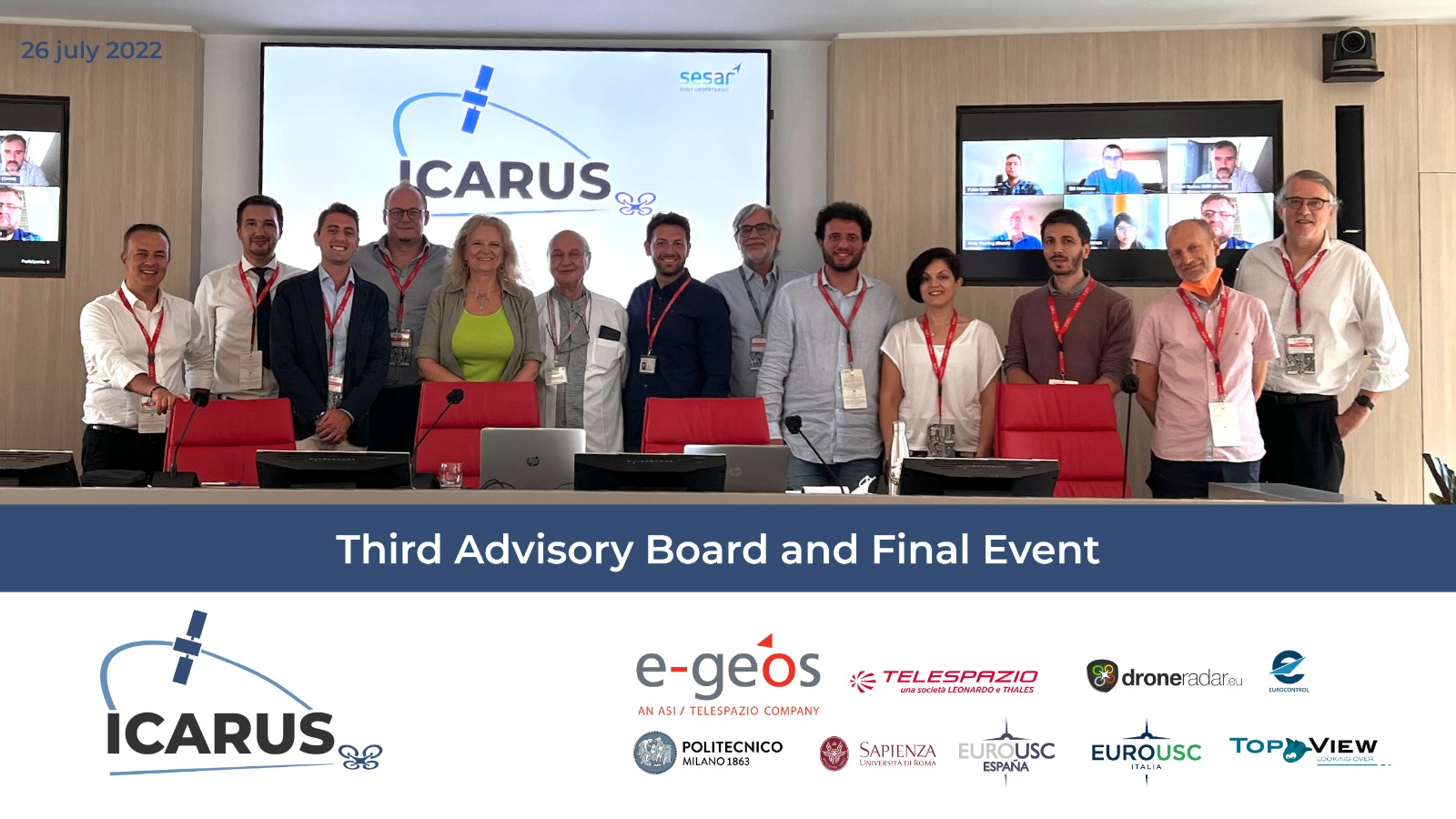